Week 1 Wrap-Up: Brought to you by Pringles

Fighting for the chance to take home a share of $8000 AUD and those crucial top-2 places at LAN, up first was Natural 9 vs Darksided. Daredevil stated that Natural9 was “an insanely good line-up”, but noted that Darksided looked to put up a good fight with title regulars such as Mitchell ‘Reverie’ McFadzean and “very good synergy”.

First blood went to carry player Daniel “balla” Arnous of Natural 9 killing Jordan “Zavier” Barker, roaming support for the opposition. Darksided eventually found their groove and racked up some kills, but our caster prediction was correct: Natural9 dominated and took down the last ancient at their opponents base to clutch the first win of the series. The final scoreboard read 22-47 to Natural 9.

Match 2 pitted Shutdown against AGN. Daredevil noted that these were two of the younger teams in the series line-up, with some older, more experienced players scattered throughout. Notable players included Bryce ‘Toolbelt’ Crichton, who debuted as a substitute support on a heavy carry/support roster for Shutdown with Darcy ‘Godot’ Jose, an experienced player who had played “all over SEA and Australia”. Ivan ‘INPU7’ Kalklin (gamertag pronounced “input”) of AGN was a broadcast highlight as the desk playfully referred to him as “inpu-seven”.

Shutdown quickly snatched first blood against INPU7 and ran with it. AGN attempted to bite back throughout the match but Shutdown dominated the map, eventually taking the W in a landslide victory & surrender from AGN. The final score read 35-9 to Shutdown, earning them crucial leaderboard points.

The final match of the night saw Athletico take on Blue Cactus. Despite new member Andrew ‘Andros’ Hockley joining the lineup as a relatively unknown player Daredevil noted that “a lot of (Athletico) are either the best or second-best at their role”, giving the team big shoes to fill and putting a lot of pressure on their opponents. Caster DareDevil emphasised that Blue Cactus were “not pushovers by any means”, noting Gabe ‘Hypeman’ Sutanovic as a stand-out player for him.

Less than a minute into the match and Nick ‘Splicko’ Capeski of Athletico had already drawn first blood. Blue Cactus pushed through the masses picking up some kills, refusing to allow Athletico as many kills as the previous winners Shutdown. However it wasn’t enough, with Blue Cactus falling within 24 minutes to Athletico. The scoreboard read 24 kills to 5 in Athletico’s favour, averaging one kill per minute!

GGWP to all the teams in Week 1 of the LPL Pro DOTA 2 ANZ Championship. The final scores and tournament ladder read: 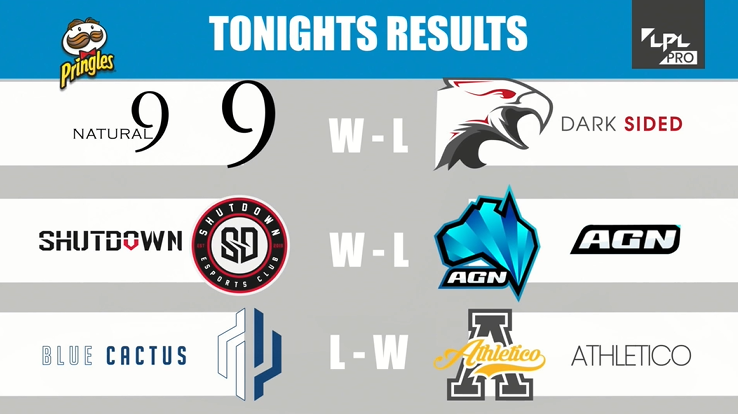 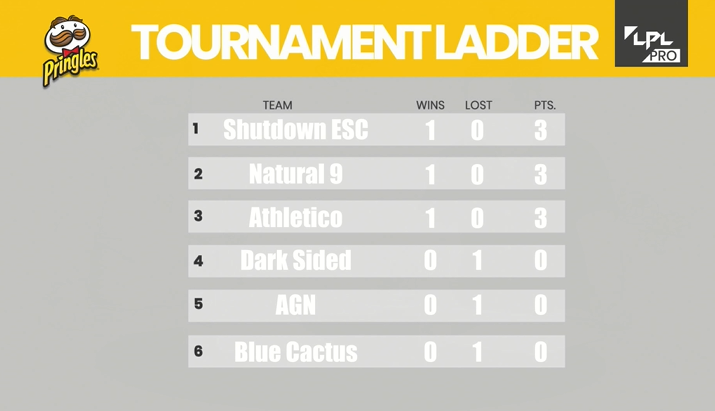 Tune in next week Thursday 6th June 2019 from 6pm AEST / 8pm NZST on Twitch.tv/letsplaylive and SKY Sport to catch all the action!