Welcome to the FIFA 20 Online Competition with LPL and New Zealand Football! 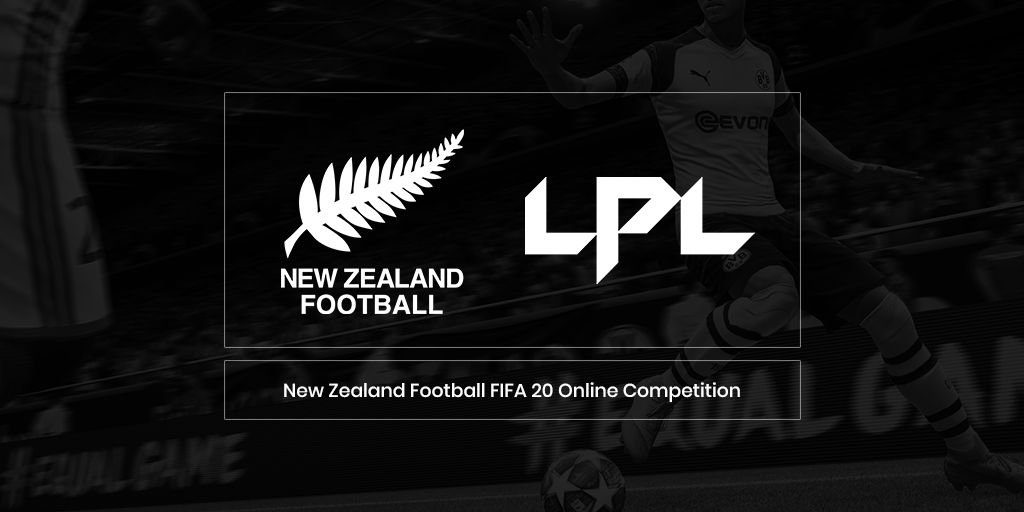 “The FIFA 19 New Zealand Football National Championship was a great success and led us to the world stage with the FIFA eNations Cup. We’re delighted to be able to offer this new competition to players around the country, especially at a time when the traditional game is temporarily paused.”

Amy Potter, Head of Platforms and Leagues at LetsPlay.Live, welcomes the tournament amid the untimely postponement of the FIFA eNations New Zealand Qualifier due to have gone ahead last month. “We’re stoked to be able to support fans of traditional sports through this period, and give folks some potentially new and exciting ways to engage virtually with the games they love,” she says.

Open to residents of New Zealand, the online competition invites FIFA 20 players on PS4 and XBOX to compete in a three-week FIFA esports tournament. Competitors can look forward to a range of spot prizes provided by NZ Football including a signed All Whites football jersey for first place in both PS4 and XBOX Premiership divisions.

The tournament will be held over three weeks, beginning with an open qualifier day on Saturday 11th April to determine the top players who will be seeded into the Championship and Premiership divisions for each console. Players who do not qualify for a top spot need not worry, they will be able to continue to play in the Open division.

The top players at the end of open qualifiers will compete in the top Premiership or Championship divisions for PS4 and XBOX. Bracket play will commence on Saturday 18th April for these ranked players, with the following Saturday 25th April culminating in playoffs. Open division will have an unlimited number of players competing in an Elo based tournament, giving all Kiwi FIFA 20 players a chance to participate in competitive esports from the comfort of their own homes, at times that suit them.

For more information on registration, head to https://letsplay.live/event/105