LetsPlay.Live (LPL) are absolutely thrilled to announce the 2021 VALORANT Oceania Tour in partnership with Riot Games.

For the first time, VALORANT players in the Oceanic region will be able to compete for an opportunity to play at the international level.

Aspiring VALORANT players from throughout the Oceania region have the opportunity to build their stardom, talent and competitive repertoire through this brand new series that features a number of regional competitions.

The extensive 2021 competition calendar allows for teams to shine, players to make a name for themselves and provides them with the opportunity to battle against the regions best.

The tournament, beginning February, will run in three stages - Stage 01, Stage 02, and Stage 03. Each stage will end with a Regional Finals where players compete for prize money, fame, glory and points. After Stage 03 the top 8 teams with the highest amount of points will be invited to compete in the OCE Championship. 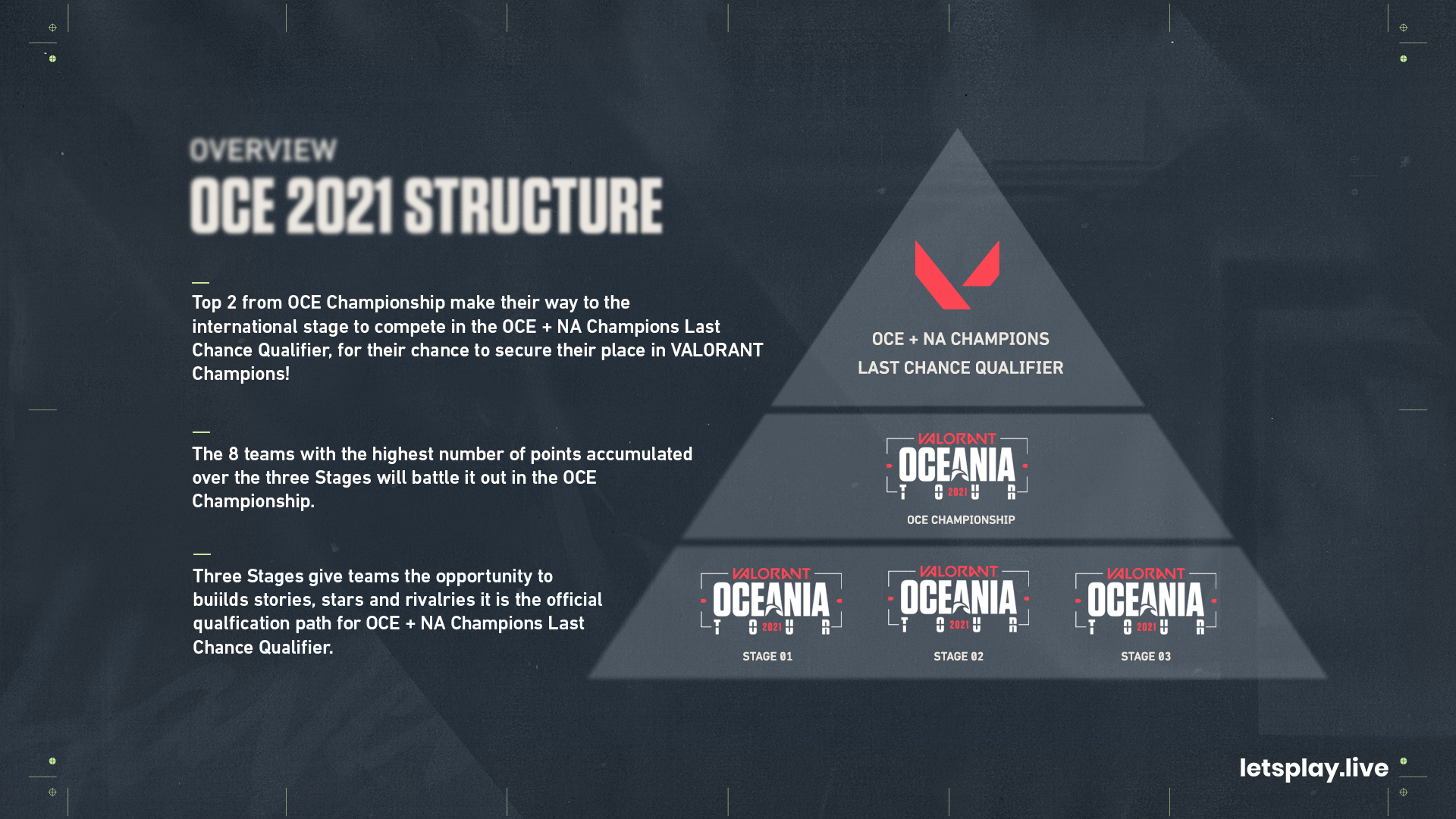 The OCE Championship will see the top eight teams from the Oceania region compete for the title of 2021 VALORANT Oceania Tour Champions, as well as their share in a prizepool and one of top spots (for the top two teams) in the NA + OCE Champions Last Chance Qualifier. 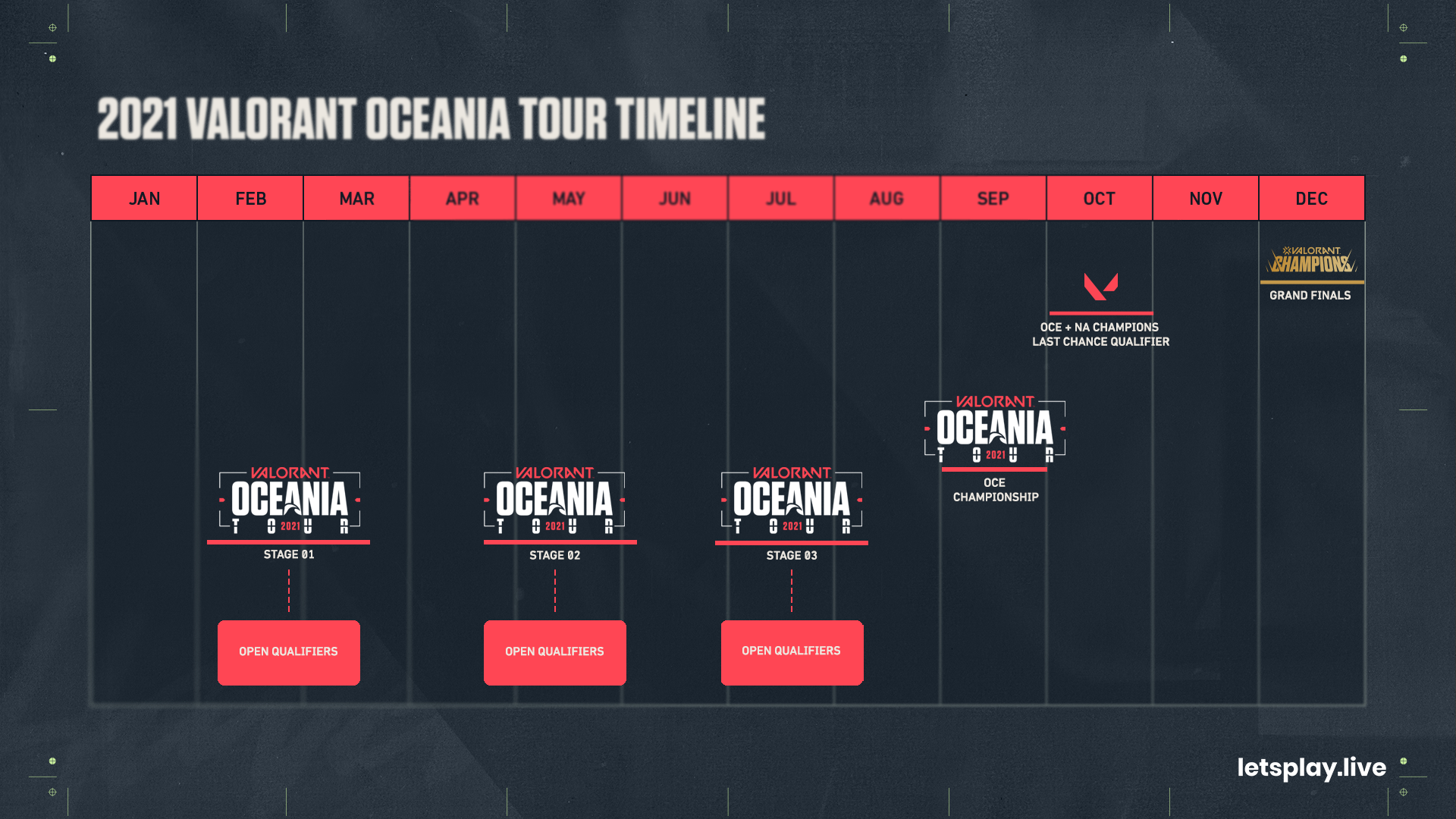 Within each VALORANT Oceania Tour Stage there are two qualification pathways, so players have multiple opportunities to compete amongst the best in the region, on the path to becoming the first 2021 Valorant Oceania Tour Champion and the chance to represent Oceania at VALORANT Champions in December.

LetsPlay.Live will lead registration, operations and production of each stage of competitive play, as well as the Oceania Championship.

Players can find more information on registration, eligibility, and the tournament at https://letsplay.live/vot