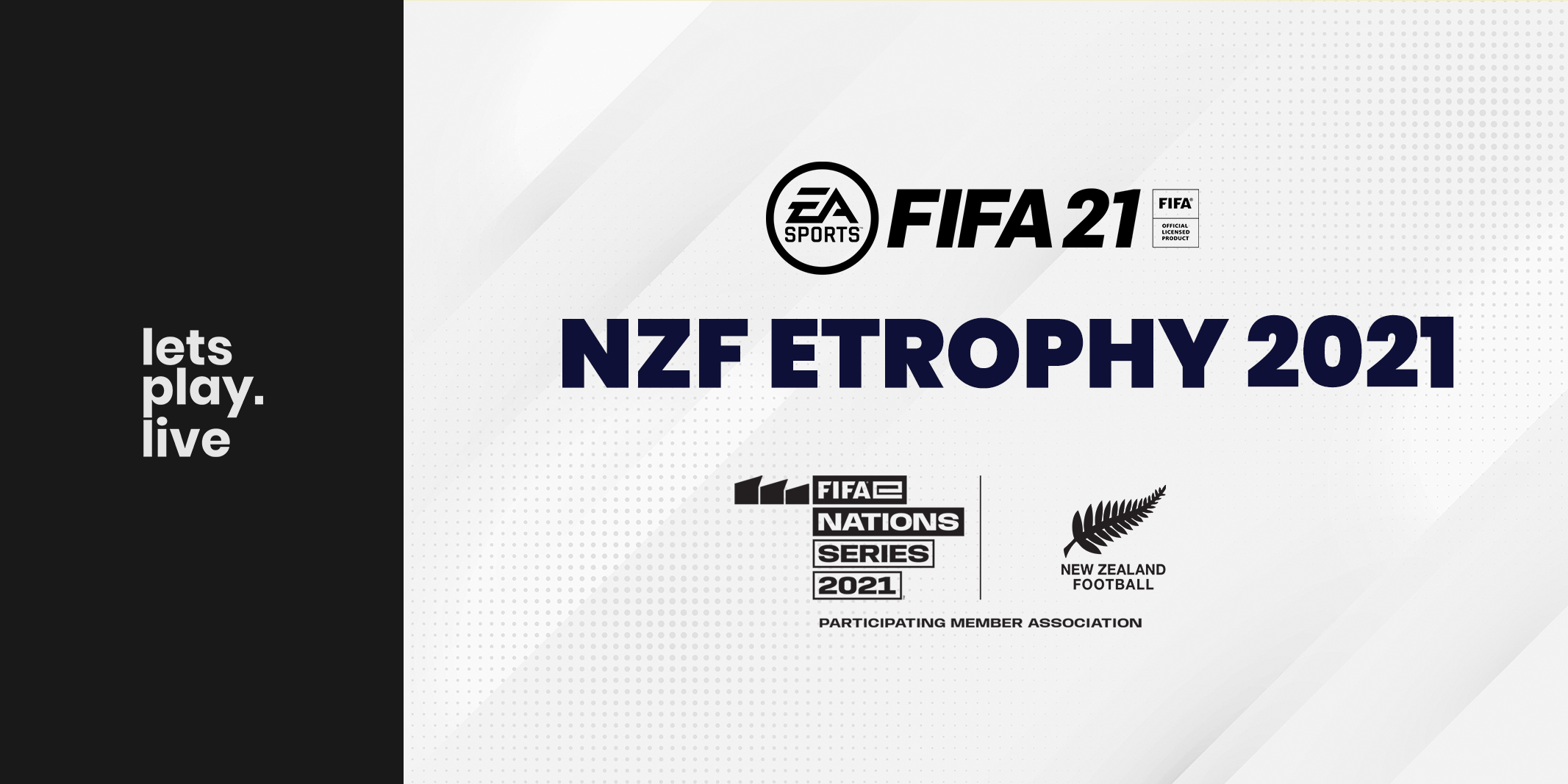 In association with New Zealand Football, we invite Kiwi players to show us their FIFA 21 skills on PS4 & Xbox! The best EA Sports FIFA 21 gamers in the country will be given the opportunity to be selected for Aotearoa's eFootball eNational Team, to compete in the upcoming FIFAe Nations Series.

New Zealand Football have confirmed they will be forming an eFootball eNational Team, made up of the best players from across Aotearoa, to compete in the upcoming FIFAe Nations Series.

Since its debut in 2019, the tournament has seen the best EA SPORTS FIFA players from around the world representing their respective countries in FIFA’s official inter-nation competition.

Any New Zealand passport holder, aged over 16, is eligible to qualify to represent the eNational Team as long as they haven’t previously played for another country. To select the team, New Zealand Football, in association with LetsPlay.Live, will be holding a qualifying tournament, the NZF eTrophy 2021, starting on the 20th March for Playstation and 21st March for Xbox, culminating in an offline final in Auckland on the 9th April. The best 2-5 players from the tournament will be selected to form the debut squad.

New Zealand residents, aged over 16, are also encouraged to compete in the tournament but won’t be eligible to represent the eNational Team.

To compete in the NZF eTrophy 2021 players can register here.