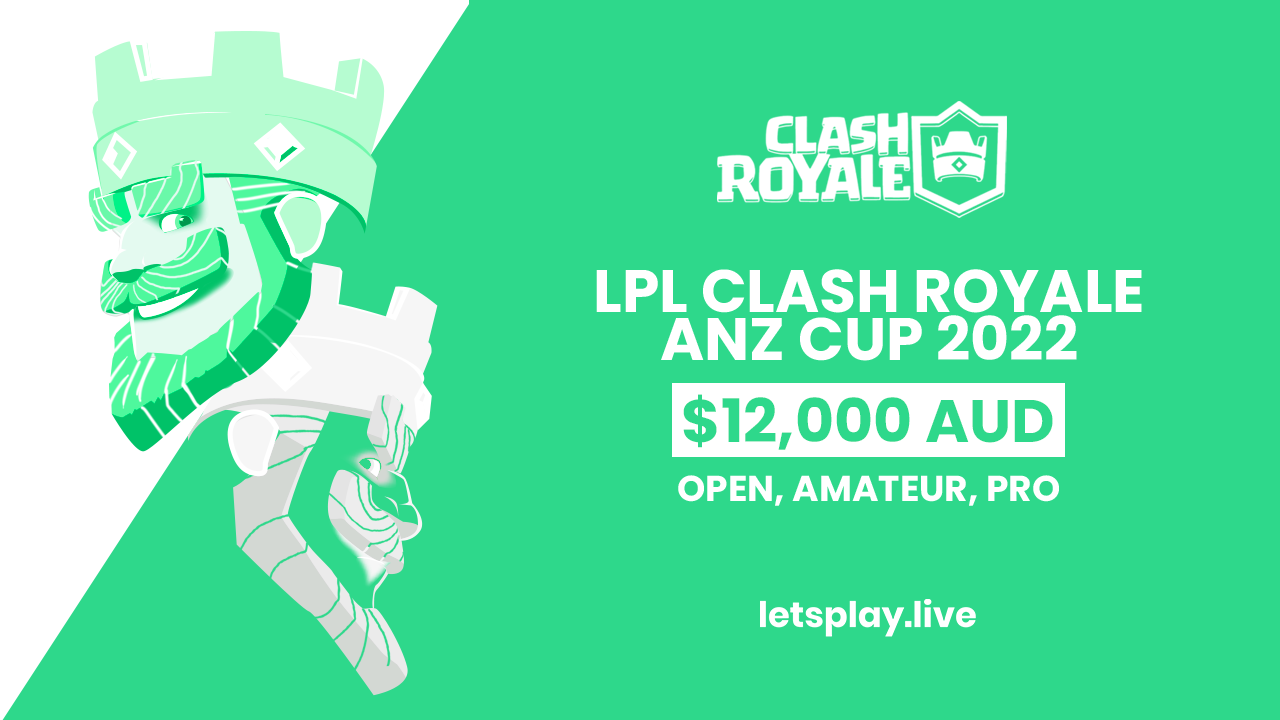 LPL Clash Royale ANZ Cup 2022 will invite mobile esports hopefuls across Australasia to compete for a share of $12,000 AUD. The prize pool - funded by Clash Royale game publisher Supercell - will be shared across two of the tournament’s three divisions: Amateur and Pro.

The 1v1 tournament’s highest tier of play - LPL Pro - will be broadcasted over 6 weeks of gameplay. Each Friday night from 10th June, esports fans can witness the best in the region battling it out for a share of the $10,000 AUD division prize pool. The Top 16 teams from qualifiers will compete in the first three weeks, with the Top 8 teams moving on to the second half of the competition to fight for the top spot.

The league follows the widely successful Samsung Summer Clash Cup tournament held earlier this year, where Kiwi mobile gamers were invited to compete as duos for a share of over $10,000 NZD in prizes.

“Mobile esports is still young compared to more established PC or console communities, but is just as exciting.” says Drew Haycock, Clash Royale Community Manager. “I'm super stoked to see what LPL will do for the ANZ mobile esports scene!”