We are happy to bring you more information regarding the first season of Black Ops 4 leagues. With the announcement of Season 1, there are plenty of exciting opportunities for Call of Duty on CG & LPL. Leading up to the start of Leagues we will be starting off with some FFYI's.

This year will see a new leagues format for Call of Duty which will include the following:


Each league will have a different way to qualify, however, teams may attempt to qualify for all leagues. If they are unsuccessful in qualifying for Challenger and Evolution, they may also play in the open CGa league.

Evolution will be selected from the remaining teams after the completion of the FFYI tournaments. Eight teams will be invited by the admin team to compete in Evolution.

To compete in the Challenger FFYI's or any league, all users must have an active Premium subscription. Any player competing that is without premium will have their current game forfeited

Below is a breakdown of the leagues.

Challenger FFYI #2 will Generate straight after the first 1 concludes, if dates are changed they will be announced that week.

Additional Information
The Challenger season will commence in February with a fully detailed announcement to be released soon.

Between FFYI #1 and FFYI #2 teams may register for Challenger and to compete in FFYI #2. Team changes can also be made at this time and registrations will close 11:59 PM Friday 1st of January.


Additionally at the end of season 1 relegation's will be held to determine who is in what division aswell as who gets the opportunity to go to LAN! 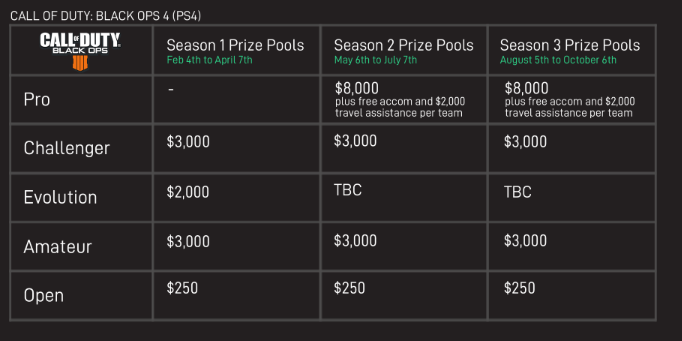