All great guys to play with. BOL
20 months ago

All great guys, had a great season with them and we all mixed really well together. Don't waste their time, they're in it for the long run. BOL boys.
21 months ago

Haha sorry man, I had trouble remembering the lineups since there were so many changes from the start of mavericks/void to the finish.
23 months ago

Hey guys, after an 8-10 month break from competitive CSGO I've decided to get back into the grind and find or create another team. I ended the last season I played at around high CG-A (whatever that equivalent is now) and would like to get back there with some hours put in!

I've IGL'd for 2 or 3 seasons and feel I have a reasonable grasp on how a team should be led and how to keep my players in a good constructive mindset. That being said, I don't mind playing other roles. I'm a competent entry fragger, support player and lurker. I haven't touched the AWP role in a team, although I can still scope and shoot people reasonably well...

Aims: Joining or creating a team that will stick together for the long run and climb the ranks. 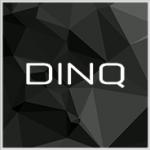 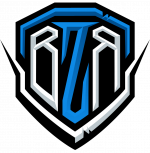