didnt get to play with him for as much as i wouldve liked to but from what i saw he was really sharp and smart, with a really good attitude and personality.

Teams will be given 5 days once the season has concluded (the day of the grand finals/day after) to give their status of their team and who remains from their core and their plans - e.g. retained mini, frasbr, and chrismagnum from the core and will be looking for 2 players to retain our cgi spot etc. If a team does not respond to the request they will be assumed dead.

In relation to the core rule throughout the season:

It should be clear that:
a. If a team decides to remove a core member from their core roster and replace them (removing them from the roster or not), they need to notify a CG admin for their core status to be removed. Neglecting to do this, will assume that your team is on suspicion to exploit the system and all roster members will be banned from the current and next season.

a. A minimum number of games played during the season to be considered a core member.

b. A minimum number of games played together by 3/5 of the team to be considered a core 3.

Because if were going by the current ruling that mozaic is a core player only based on the fact that he was set as a core member at the start of the season, then I can abuse the system by selling my spot as a "core" CGm player to a cga rand, get him in as core but he doesnt even have to play a game, and at the end of the season he will be eligible for a cgm inject spot and i will also be eligible as I played the previous season as a "core member".

ez money if u ask me
34 months ago

Yes it is due to better F/A in finals.

The system may be revised, however a core member has been for the last 4 years been defined as a player who is set as a core member before registration ends and before week 1.

Rules are pretty clear if people actually take the time to read them which is their obligation, its my obligation to enforce them.

During the finals seal team ricks had a core 2 on the roster (jhd and adk) and ex-Infinity also had core 2 (cJaay and Dubzzy) assuming that bryaz is not considered a core member. Why should the results of a core 2 have a greater weighting, let alone any weighting over the results of a core 3 (Tyrant) when the CG ruling is that any team that does not keep a core 3 is considered a dead team?

Keep in mind that seal team ricks 3rd player (mozaic) did not play any games after week 3 and also deleted his account after this point, meaning he was not listed as a "core member" on the roster for any finals game, nor was he on the roster at all. Should a player that has left the roster on his own accord still be able to retain "core member" status? There needs to be more clarification in this area also.

As an example, if we were to pick up 2 Control eSports members, would we be able take seal team ricks spot in the CGi Promotion tournament because we would now have 2 members who finished 2nd in CGm, meaning we would have greater finals F/A? No, the results from the 2 Control members would have no weighting when joining our team as they would be considered a dead team, so why is the core 2 of jhd and adk being rewarded in this situation? If they are allowed to be rewarded for this, then the CG rules should be changed to acknowledge that core 2 = a team, and any results that a core 2 achieve in the previous season will count.

The problem is that there is no definitive ruling regarding whether the results of a core 2 roster at the time of finals is able to be considered in deciding which team has a better F/A. Technically the core 3 roster of seal team ricks has 0 map wins in finals while the core 3 roster of Tyrant has 2 map wins in finals, and we should go through on better F/A.
34 months ago

Assuming that the reason that ex-INFINITY got the CGi pre-qualifier spot over Tyrant due to better for and against since we both finished 3rd-4th, shouldn't we get the spot over them?

The core 3 that qualified for the spot (jhd, adk and mozaic) only played the first 3 games of the season and this team only had core 2 for the next 3 games + finals which is considered a dead team, so why should the maps played count for a core 3 that didn't play those games? Technically seal team ricks only has 4 map wins in CGm and Tyrant has 10, meaning our for/against is better and we get the spot.

There needs to be better clarification over what defines a "core member" spot that's more than just what was set at the start of the season, whether that be they must play a minimum amount of games (either as an individual or as a core 3) during the season, set core after roster lock (along with the max 3 roster changes rule) idk. The fact that a player who played 3 games, quit and deleted his CG account can snake the spot over the main roster that played majority of the season + earned the results as a team during finals, all because the player was set as a "core member" 3 months ago is silly.
34 months ago 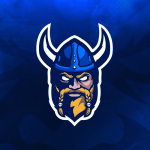 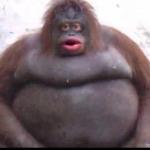 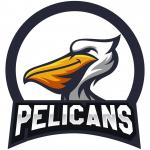 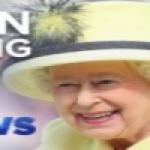 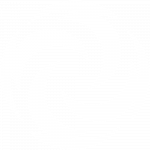 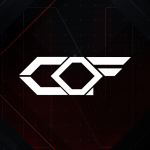