Updated and back to streaming actively!
14 months ago

I've been back in Australia for a little while now and have been purely focusing on streaming, if you guys don't know me I am a 7.6k+ Professional Dota2 player from Australia with a Portuguese background, here's a list of achievements and events I have formerly participated in: https://liquipedia.net/dota2/Godot

Most notable achievements and events would be being the first invited team for The International 2, winning the OK Dota2 Cup in Singapore and achieving Rank 8 in the South East Asian server! - https://imgur.com/a/wWOkLLH

The current streaming schedule is 4pm-8pm, Mondays to Fridays but I also intend on streaming on the weekends whenever I'm available.

My stream consists of tryhard ranked Dotes while being as educational as possible and of course the occasional banter/memes!

We have weekly events such as "Thursday smurf JOZ nights" where twitch points are given away depending on how many wins, losses, triple kills or just general feeds happening, Friday Night Requests, where you can spend your points to choose what hero, role or even songs I play in my next games! You can also accumulate JOZ grams(points) by watching the stream or gambling ;), JOZ grams can be exchanged for rewards and requests!

Besides Dota2 I also indulge in playing Warcraft 3 ladder at a high level, Battlerite Royale (previously top 7) and OSU whenever I'm bored. If this sounds like your type of stream I hope to see you guys tunning in soon!
21 months ago

We are excited to announce that we are looking to partner with an established brand to facilitate the development of opportunities in the Southeast Asian (SEA) region.

As Australia's #1 competitive DOTA team we are looking to expand into international competition, which we believe will allow us to fulfill our true potential as a roster.

To achieve this we are committed to exploring the possibility of an extended training camp in Western Australia or overseas, where we feel we can compete on a level playing field with the best the SEA region has to offer.

We're looking for a like-minded sponsor to help us achieve that goal through a mutually beneficial partnership with our talented roster.

We are committed to maintaining our competitive dominance over the Australian DOTA scene as well as expanding on our promising results against international rosters with the help of a sponsor who can assist us with an environment that we can excel in.

Thanks a lot BlueS_1! Will be registering a team tonight.

Hey OP, i'm not sure if you're an admin or someone related to hosting this event, but I've been trying to contact someone regarding the Starladder Online Qualifiers (date). If you do have someway of contacting them, let them know regarding the issue below.

Is it possible to move the Starladder Online Qualifiers for after the 2nd of May? Because many teams will want to participate in the Manila Majors Open Qualifiers, which will be held from the 29th of April until the 2nd of May.
Both of these tournaments are a big deal, i'm sure it would be more beneficial to move it to the 3rd of May as it wouldn't clash with it.

The Manila Majors Schedule can be found here: http://wiki.teamliquid.net/dota2/Manila_Major/2016
5 years ago 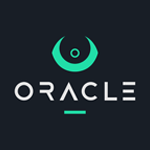 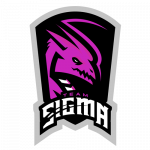 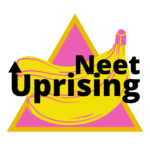 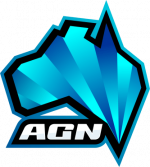 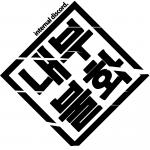