The rest of the team don't deserve bans because they only started to realise as in the finals when I was playing and I pointed it out.

I'll be happy to slap a ban on myself as I don't play anymore due to work commitments.
But people like Tigster3, Hexed, Intense and Grizz love playing the game, and just sadly it took so long for people to realise.


This is a load of shit.

Antiher0 has blatantly aimbotted in retake servers for months on end and it has been the same retakes server that Grizz frequents. No one with over 100 hours would believe he is legit whatsoever.
5 years ago

super sharp. once he learns all his smokes and gets some solid scrim time in he'll shine in any team bol!!
5 years ago

Everyone's family at one point goes through some pretty difficult times. People are always around you to listen to your problems if you wish to talk.

Bounce back from it mate. We believe in you
6 years ago


They won't let me play five solid nights a week of Rust.
6 years ago

Haven't really read the thread but have had strong opinions on Promotion / Relegation for the longest time.

+4 more teams of admin discretion/late forming or whatever. 12 team playoff
6 years ago 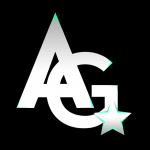 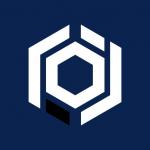