Soma is missing reload in his predictions.


Thanks lad
7 years ago

Hey lads, just thought I'd whip up some quick predictions for today!

In no specific order


CGp was incredibly hard to predict, I'm pretty confident that Alpha and Nuovo will go through but with the next two spots there's quite a few teams such as: Unlimited, Erase and Ripple that could steal them away.

CGi will have a very tight competition this season, a lot of the newer teams show real promise and their still young sides so I'm expecting say a fantastic competition. That being said, my predictions for CGi I'm quite confident about with the exception of JAM and/or Abyss falling and Unlimited/Erase/Ripple potentially taking the spots.

CGm might be similar to last season, but regardless the teams are young and have a lot of room for growth. No Name, Erase - Venom and LGN Flamingos did show promise in the Open Qualifier, I just don't think they'll be able to perform in their tip top shape for the entirety of the competition, and when every team looks so strong, they'll need to perform to their best just to have a chance to make CGi.


Best of luck to all teams competing!
7 years ago 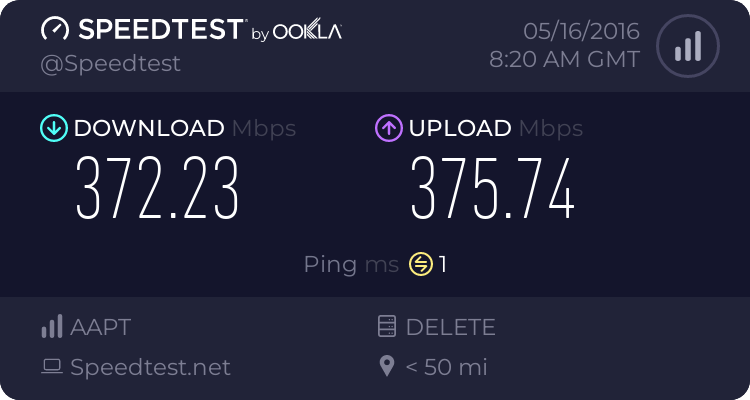 WHAT THE FUCK LOL
7 years ago

Is there a sign-up thread or place for teams that are interested in entering the qualifier?
7 years ago

These Power Rankings are done by a committee of 4 people consisting of:

Virtuoso - twitter
Player for Scared Hitless. Away this week.

It's been a couple of weeks since the PR team have gotten together and thrown their numbers around and alas, we have returned to give you the newest installment of PR featuring the big success of CGPL LAN finals.

Talking a bit more about the LAN itself and the venue, I personally was there on both the Saturday and the Sunday, checking out the CS:GO on the Saturday which appeared to be chaos due to stream issues, A/C issues (god it was like a furnace) and PC issues. Nevertheless the atmosphere in that sweat-filled room was contagious, I found myself getting involved with the ooh's and aah's, clapping and yelling etc. Being a part of that atmosphere only made me even more excited than I already was for Sunday to say the very least.

After tossing and turning throughout the night, filled with eager anxiety, Sunday had finally come. Arriving at the venue at about 8:30 in the morning we were among the first and it looked great. The stage was set with AKRACING chairs and cutting-edge PC's, big screen for the projector, Byza and Neeber all suited up and, of course, SuperNova sprinting around like a madman.

The first matches were underway and everyone was a little out-of-touch and a bit awkward (in-game and out). The crowd was still yet to show it's lively self that was evident the day prior with CS:GO. As the day progressed, more and more spectators funneled into the room, filling more and more of the seats and cheering for their teams. The players themselves also felt vastly more comfortable with their environment and thus could be seen from the cheering, fist-bumps and smiles.

It was finally time for the final against Sequential Gaming and Another One, one that we've all seen many times before, but in a LAN setting would it pan out the same way? The final was underway and the crowd were loving it, as were the players. There were still a few seats left to be claimed at the beginning, however by the time Game 5 rolled around, everything was taken. We moved into the final game of the competition, Game 6. The crowd were thrilled to see such a close series and the cheering showed it. I remember looking up from my monitor during Game 6 and seeing all those people clapping, cheering, yelling, it was truly great.

In the end, the notorious Sequential Gaming v Another One match-up finished like those before, with SQL taking the win. Within a miniscule amount of time, hands were shaken by both teams, congratulations went out, and interviews were conducted. A fantastic finish to a flawless event.

In other news, RLO's Anzac Day will be taking place this weekend, Stage 1 on Saturday and Stage 2 and 3 on Sunday. The tournament will be covered by AGTV, you can check their Discord server for more details.

There is also a new project in the works from Gamestah, with more details being released following this issue of Power Rankings so be sure to keep your eyes peeled on the CG forums and Gamestah's Twitter & Discord!

Various teams have disbanded after the CGPL season: Team Supremacy, Citadel Gaming, Little Wangs, KTO eSports and Space Animals being the ones we know of.

News from around the region:

1. Karasuno: Soma, eren, ORION | Nil movement
The team formerly known as Sequential Gaming ended the second season of the CGPL as they started it: at the top of the rankings. The most positive sign of things to come was that their opponents made them go all the way to Game 6 of the Grand Final to earn the victory. Karasuno will surely be picked up by another top organisation and they will need all the support they can get to maintain dominance, because the rest of the region is working hard to close the gap. But it is a gap that is still there, and so Karasuno remain Kings of Oceania - for now! - Chrisis

2. Another One: OssyOsbert, cyrix, The Stig | Nil movement
The handsome and lovable players from Another One had a fantastic showing at the CGPL LAN finals, taking Karasuno to a final Game 6 and putting on the display of their careers! Big things are to be expected of A1 after coming so close to defeating Karasuno. The crowd favourites are sure to make a big showing in Gamestah's upcoming tournament featuring other top teams such as Karasuno and InVidious! - Soma

3. InVidious: Coleslaw, French Fries, sparks | Nil movement
InVidious performed admirably in the CGp finals – starting things off with an impressive 3-1 victory over Another One and then having the momentum almost carry them to victory over Sequential (now known as Karasuno) in round 2 of the winner's bracket. InVidious once again met Another One in the loser's bracket but were unable to replicate their early tournament form, suffering a 0-3 defeat. Nevertheless InVidious have proved they are one of the best teams in Oceania, and remain in 3rd place on the Power Rankings with a comfortable buffer over the remaining teams. - Schmeval

4. Alpha Sydney: Dumbo, Dicky, Stoney | + 2
Despite their best efforts, Alpha Sydney just missed out on making the CGp finals. They are already making strides to close the gap to the top 3 teams however, with the addition of well-known player "Stoney" to the roster who has replaced Shawthing. Alpha Sydney have been practicing with their new line-up for a considerable time now but have yet to be seen in action due to the lack of competition in the off-season. It will be interesting to see in Gamestah's upcoming tournament exactly how far they've come! - Schmeval

5. Allstars: Flip, GroovyGrape, Jatz, Julz | + 2
The Allstars make it into the top 5 for the first time this week, and true to form it's through movement amongst the teams that were ahead of them! With Supremacy's exit, everyone bumps up a notch, and everyone will have the chance, going into S3, to prove that they deserve the spot. With the new-found interest in the region from the game's developers, teams like the Allstars - brimming with talent - will surely have the motivation to increase their workrate and secure the position in the rankings. - Chrisis

6. Abyss eSports: Express, Addzey, jcookewhat | + 2
What a finals series from Abyss eSports! After a strong regular season Abyss turned on the jets when it mattered the most taking the first two series against Corvidae and Dismay eSports without dropping a game. The Grand Final saw things get a little more interesting but once again Abyss proved they have what it takes to perform in the big leagues with a 4-2 win over Corvidae – confirming their title as champions of CGi! - Schmeval

7. JAM Gaming: Schmeval, Rever, TBA | - 2
The word is that JAM Gaming is looking for a 3rd to restore their full roster heading in to S3. They are an organisation with a lot of community kudos, and talented players through Seasons 1 and 2 - so whatever shape or form the new team takes, they are sure to be a competitive force in the region. They will have been disappointed with the way S2 panned out for them, and will be hungry to get back to the top 4 position they've been familiar with in the past. - Chrisis

8. Corvidae: Daze, jcn, shadey | New to Rankings
After a strong finals showing, Corvidae have shot up in the Power Rankings with quite a few big upsets. Word-of-mouth is that Corvidae are still looking to solidify their core positions which also could prove fatal to the team. If I were to make a suggestion to them it would be to take their time and choose the right fit for their team, stability is key to success. - Soma

9. Scared Hitless: DakotaWebber, Zer0, Virtuoso | Nil movement
Scared Hitless were seemingly unbeatable in the run-up to the CGi finals, emerging victorious in the last 5 games of the season which netted them 1st place on the ladder. It all came crumbling down on finals day however with an uncharacteristic 1-3 loss to Dismay eSports sending them to the loser's bracket before opting to forfeit due to a player having prior engagements. Scared Hitless have shown they have the talent but will have to take things a little more seriously in order to fully realise their potential next season. - Schmeval

10. Team Erase: Lukorice, Greeny, iborine, eoin, Zane | New to Rankings
These guys have been dedicated and hardworking for such a long time, I'm glad to see it paying off and winning the CGm finals against KTO. Looking forward though, Erase will surely be hoping for CGp in the next season as will many other teams. They'll have their opportunity to impress with the upcoming Gamestah tournament taking place during the off-season, preparation will be the key here as there are sure to be many tough opponents. - Soma


Here's how the committee ranked the top 10:

Who you decide to join/start a team with will determine whether you'll have the legs to rise to the top of CGi, take your time and choose wisely.