In case you don't follow us on twitter, or haven't found your way to the oceoverwatch.com forums we are holding qualifiers for our next Overwatch adventure!

You can enter all qualification tournaments or just one. We'll be inviting 3/3/2 teams from each day.

Teams that don't make 1st division will still be able to play in Div 2, which will also have prizes!
5 years ago 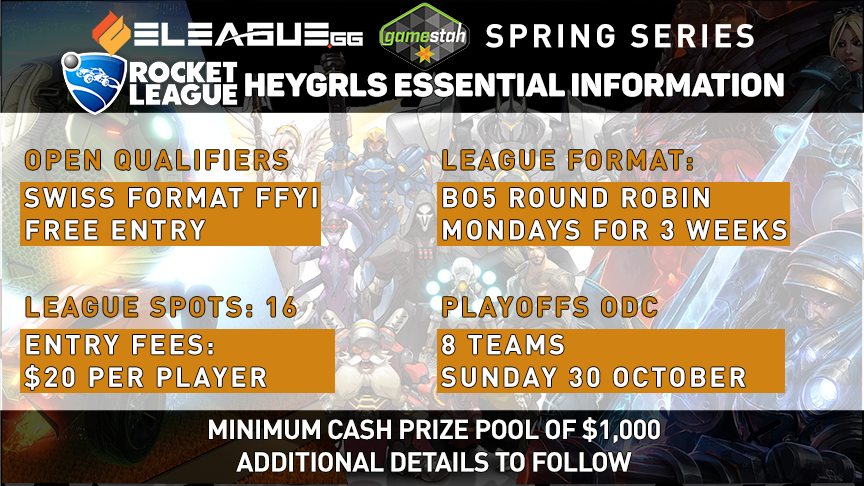 We're making an announcement at 6pm AEST tonight on Player.me, where all things gaming live...
5 years ago

We've got an info post up on Gamestah.com about tomorrows finals, but here's the TLDR:

* Matches + Broadcast starts at 12pm AEST
* We are streaming all matches - 4x QF, 2x SF and the Grand Final

We've got loads planned for the day, including giveaways from the Battle.net shop, custom mugs from Ronnie's Custom Gear, and of course some of the best Overwatch action you could ask for in the ANZ region!

Join BobbyJ and Allg and the rest of the Gamestah Crew for an awesome day of Overwatch on ww.twitch.tv/gamestahtv1!
5 years ago

there's like 2-3 ODCs a week from jamstah, ESL and Overwatch ANZ.

Massive over saturation of tournaments right now with no leagues. I wouldn't expect CG to pick up unless they announced a league but right now they were the last ones to the party and anymore than what is on right now is really over doing it for most teams.

Can you by any chance link me to these comps/rego pages?

Happens on Thursday night.
5 years ago