Legacy Esports is one of the most established and successful organisations in the burgeoning Oceanic Region.

Founded in 2014 and going by the name Legacy Esports, the club has seen immediate and long lasting success in the Oceanic Region. The club’s goal is to build a brand that both players and fans can get behind as they represent Oceania internationally.

Legacy Esports has won domestic titles in a number of esports including League of Legends, CS:GO and SMITE

Legacy Esports has a range of teams and creators catering to a wide fan base including League of Legends, VALORANT, Fortnite and Starcraft II.

In 2017, Legacy Esports continued to expand, by announcing the organisations’ acquisition by the Adelaide Football Club – professional AFL club. This was a first for the Australian mainstream sporting landscape. 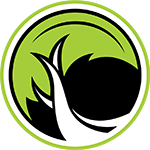